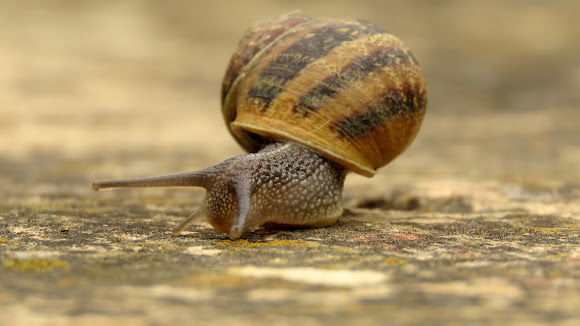 The garden snail (helix aspersa) is one of the best-known species of snails in the world. As all terrestrial snails is a gastropod mollusk. It is so common, that it is one of the most proliferated terrestrial mollusks.

The Helix aspersa was originally found in the British islands, western Europe and the Mediterraneo, reaching some regions of north Africa, and the middle east.

Looking for birds in a rainy day i found a snail ;)