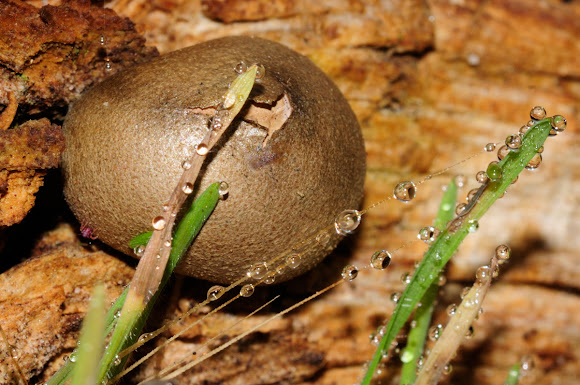 It is a species of plasmodial slime mould, also known as myxogastria or myxomycota, which is often mistaken for a fungus. They consists of ameboid cells united by a sheet of slime. They became visible when the form their fruting bodies to spread their spores. In this case, the fruiting bodies are called aethalia. These appear as small cushion-like blobs measuring about 3–15 millimetres in diameter. Colour is quite variable, ranging from pinkish-grey to yellowish-brown or greenish-black, with mature individuals tending towards the darker end. While immature they are filled with a pink, paste-like fluid. With maturity the fluid becomes a powdery mass of minute gray spores.

On a dead pine tree