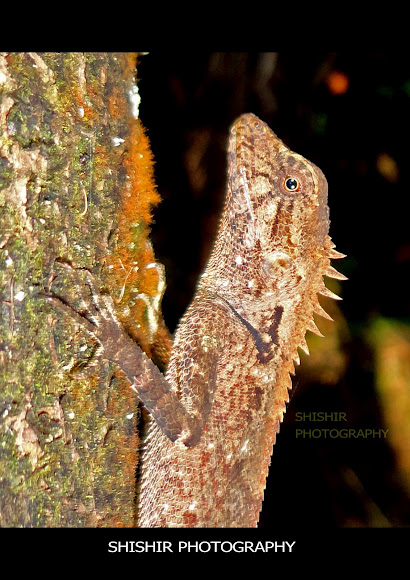 Two small groups of spines, separated from each other, on each side of the neck. A fold in front of the shoulder. Tail compressed into a sharpish edge at its base, covered superiorly with very large pentagonal scales. Scales on the sides of the body nearly as large as those on the belly. Tail below with four longitudinal series of rhomboid, strongly keeled scales, each terminating in a point posteriorly. Brownish, uniform or spotted with black.

Similar one from me- http://www.projectnoah.org/spottings/109...
Compare the snaps in wiki link once and then confirm..:-)

Please help me to find the ID