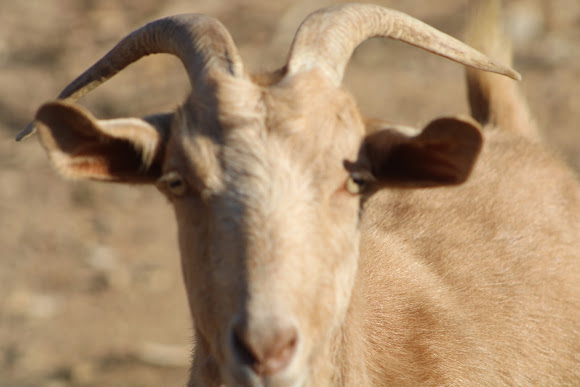 The domestic goat or simply goat (Capra aegagrus hircus) is a subspecies of C. aegagrus domesticated from the wild goat of Southwest Asia and Eastern Europe. The goat is a member of the animal family Bovidae and the subfamily Caprinae, meaning it is closely related to the sheep. There are over 300 distinct breeds of goat. It is one of the oldest domesticated species of animal, according to archaeological evidence that its earliest domestication occurred in Iran at 10,000 calibrated calendar years ago. Goats have been used for milk, meat, fur, and skins across much of the world. Milk from goats is often turned into goat cheese. Female goats are referred to as does or nannies, intact males are called bucks or billies, and juvenile goats of both sexes are called kids. Castrated males are called wethers. While the words hircine and caprine both refer to anything having a goat-like quality, hircine is used most often to emphasize the distinct smell of domestic goats. In 2011, there were more than 924 million goats living in the world, according to the UN Food and Agriculture Organization.