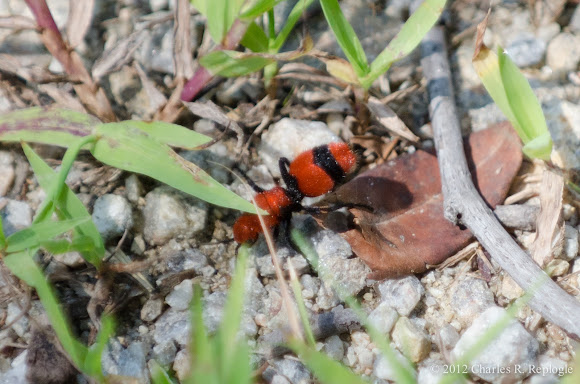 Dasymutilla occidentalis, commonly known as the Eastern Velvet Ant or Red Velvet Ant, is a species of parasitoid wasp that is native to the eastern United States. Commonly mistaken for a member of the true ant family, the female is wingless. The species ranges from Connecticut to Missouri in the north and from Florida to Texas in the south. Other common names include cow ant and cow killer. Females are capable of an extremely painful sting.

Lone females can be found crawling on the ground, particularly in open sandy areas.

Difficult to photograph as the females are very fast runners. Be careful, females have a very painful sting.