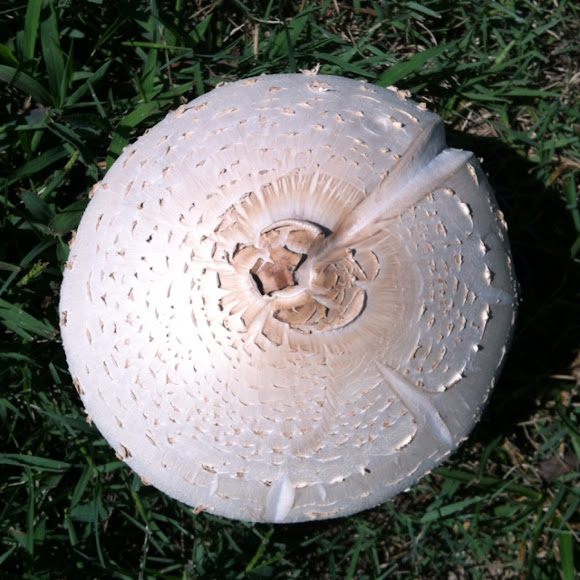 Chlorophyllum molybdites, which has the common names of false parasol or green-spored parasol is a widespread mushroom. Highly poisonous and producing severe gastrointestinal symptoms of vomiting and diarrhea, it is commonly confused with the shaggy parasol, and is the most commonly consumed poisonous mushroom in North America. Its large imposing appearance and similarity to the edible Parasol mushroom, as well as its habit of growing in areas near human habitation, are reasons cited for this. The nature of the poisoning is predominantly gastrointestinal. from Wikipedia

Chlorophyllum molybdites grows in lawns and parks across eastern North America and California, and subtropical regions around the world. Fruiting bodies generally appear after summer and autumn rains. It has spread to other countries, with reports in Scotland and Australia.

Found in a grassy area, within a couple days of a thunderstorm. Dry to the touch, no other fungi visible nearby.

Thanks for the help on the ID! They've been popping up this summer after a good rain.