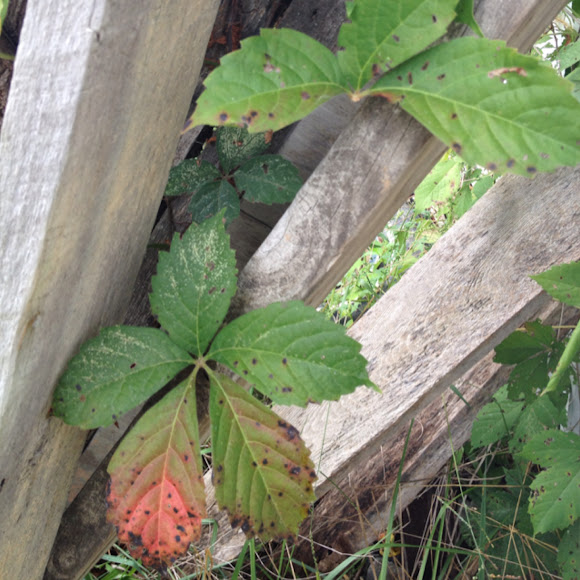 Very similar in appearance to poison ivy. The most notable difference is that Virginia Creeper has 5 leaves where Poison Ivy has 3.

An aggressive grower which will happily pop up just about anywhere if given a grip. Prefers sun, but isn't terribly picky.

Some areas put out an initiative a few years ago to combat the aggressive growth and spread of these vine in some south eastern US states. One woman who was awarded for her impact declared that the leaves are edible when cooked and put out a cookbook of recipes for Virginia Creeper.