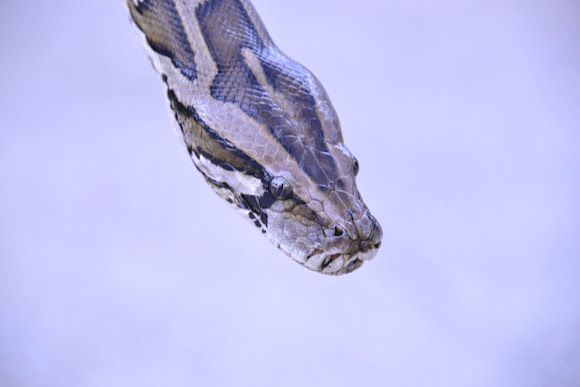 Python molurus is a large nonvenomous python species found in many tropic and subtropic areas of Southern and Southeast Asia. It is known by the common names Indian python,black-tailed python and Indian rock python. The species is limited to Southern Asia. It is generally lighter colored than the Burmese python and reaches usually 3 metres (9.8 ft).

spotted in a zoo