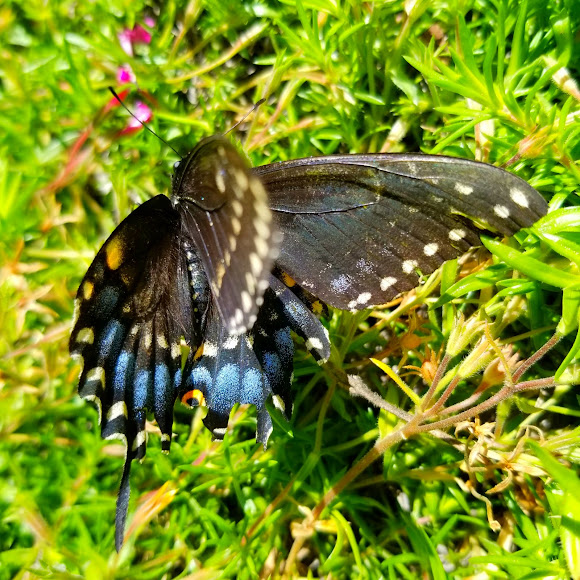 This butterfly was resting on a Phlox plant, and later hit a lingustrum plant and fell on the ground. It flew away later that morning. It has been known by a variety of other names including black swallowtail, American swallowtail, parsnip swallowtail, parsley swallowtail, celeryworm, and caraway worm (Miller 1992). Several subspecies of Papilio polyxenes that occur in Mexico, Central America and South America (Minno & Emmel 1993). Only the subspecies asterius will be covered here and, for simplicity, will be referred to as the black swallowtail even though technically the name "black swallowtail" also includes the other subspecies.