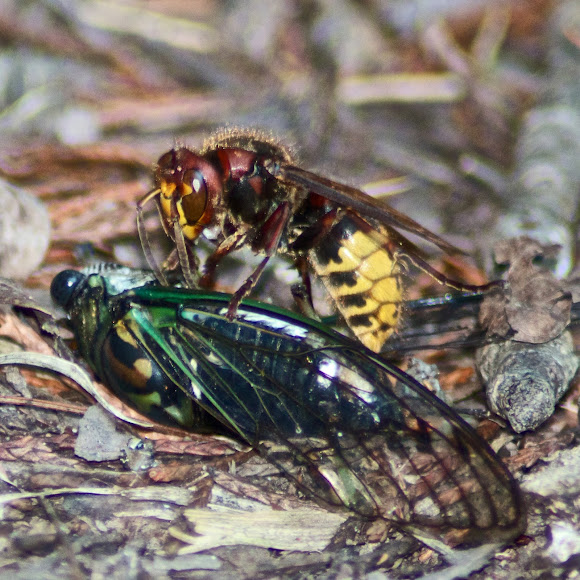 When I first saw this going on, I thought it was a yellow jacket. But given its size and the rusty red coloration lead me to believe it might be a European hornet or something similar. Can anyone confirm? The cicada was still alive when I first saw this. After a struggle that lasted about 90 seconds, the cicada was dead and the hornet began its meal.

Found in my backyard, under a cedar tree, bordering a large woodlot.

I saw those during a search, but it didn't look similar to any of the common ones I found referenced. Now I'm very curious! :)

After looking closer, I think your ID is spot on.