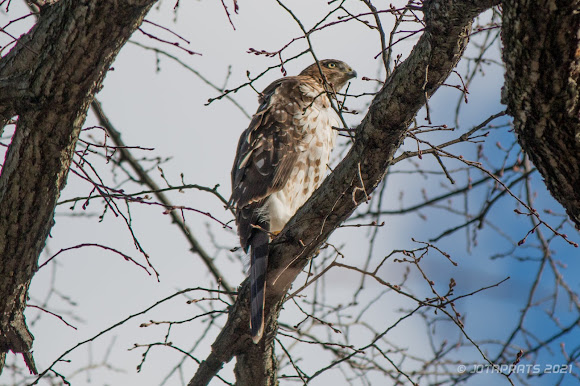 Dark brown plumage, with a white belly, with a red-tail. The bill is relatively short and dark, in the hooked shape characteristic of raptors.

Spotted at Central Park, New York. The red-tailed hawk is one of the most widely distributed of all raptors in the Americas, from the interior of Alaska and northern Canada to as far south as Panama and the West Indies.