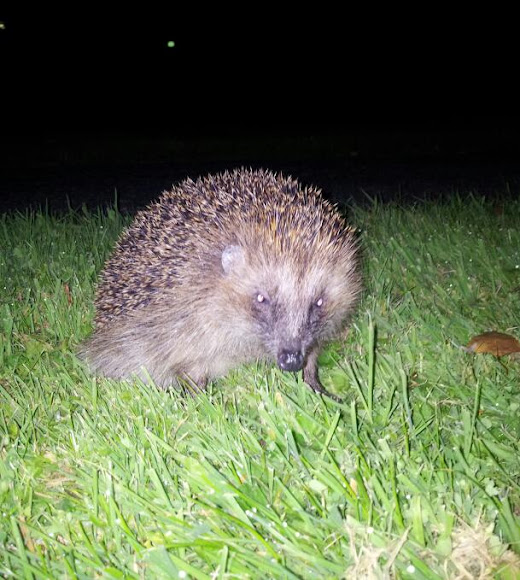 This species is largely nocturnal. It has a hesitant gait, frequently stopping to smell the air. Unlike the smaller, warmer-climate species, the European Hedgehog may hibernate in the winter. However, most wake at least once to move their nests. They are solitary in nature with mature males aggressive to each other. Occasionally a male and female may share a hibernating spot.