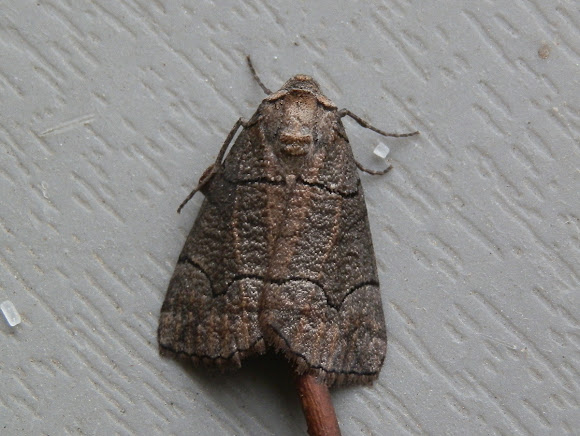 This moth had an attractive shimmer to its grey-brown wings. The wing veins stood out and were a distinctive brown. Each fore wing had two thin transverse black lines that together formed a band when at rest. A narrow black line traversed the thorax along the anterior edge. Underside of wings were pale with dark sooty patches nearer the trailing margins. Wing span would have been about 30 mm.

Spotted in a suburban garden. Probably attracted to lights at night.

This is the third spotting of Dysbatus species - they appear to have variable wing patterns.
caterpillars of this species feed on Eucalyptus leaves.
Family: Geometridae
Subfamily: Ennominae
Tribe: Nacophorini