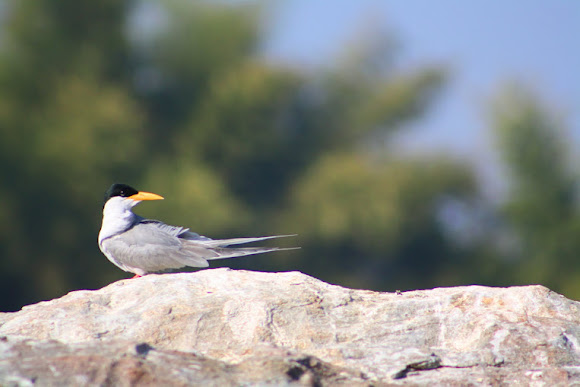 The Indian River Tern or just River Tern (Sterna aurantia) is a bird in the tern family . It is a resident breeder along inland rivers from Iran east into the Indian Subcontinent and further to Myanmar to Thailand, where it is uncommon. Unlike most Sterna terns, it is almost exclusively found on freshwater, rarely venturing even to tidal creeks. This species breeds from March to May in colonies in less accessible areas such as sandbanks in rivers. It nests in a ground scrape, often on bare rock or sand, and lays three greenish-grey to buff eggs, which are blotched and streaked with brown.

Thanks adrika. This was taken at the Ranganathittu Bird Sanctuary.

where in karnataka was this taken? lovely picture.