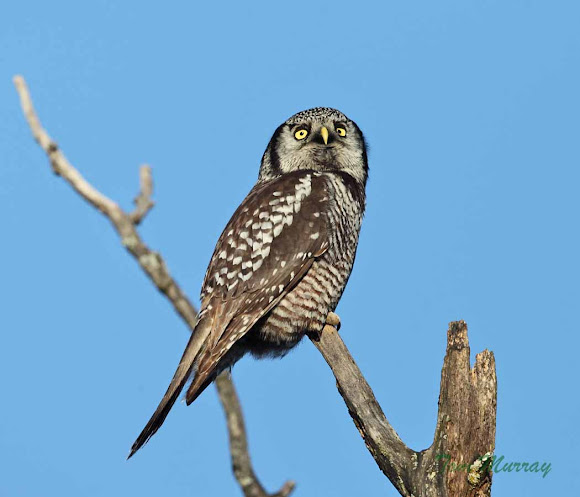 A bird of boreal forests, the Northern Hawk Owl is distinctive among owls for its morphology and behavior. In winters of food scarcity, it irrupts southward into southern Canada and the northern United States. (Cornell)

Thanks Ashley and QWMom. These Hawk Owls certainly are interesting unique birds!

Very cool! It's like a morphological "missing link" between owl and harrier! :)

This is awesome, Tom!