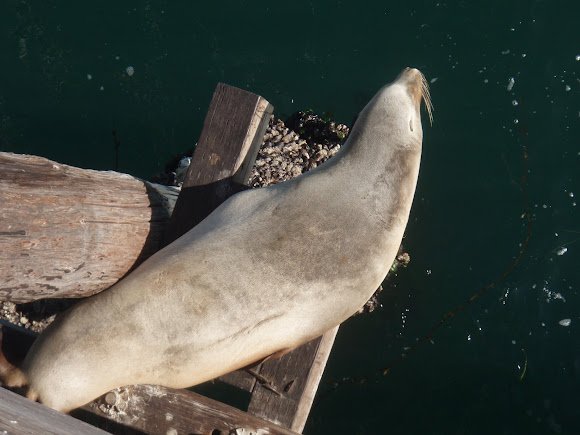 Went down to the wharf on a bike ride, the auditory barking could be heard as you got to the end and there was a few good shots around the area. One looking over the side, and a few holes offered glimpses of them under the wharf.

The California Sea Lion occurs in the eastern North Pacific from Islas Tres Marias north of Puerto Vallarta, north throughout the Gulf of California and around the end of the Baja California Peninsula north to the Gulf of Alaska. Sightings of vagrants have been reported from the southern Bering Sea in the north (Maniscalco et al., 2004) to Chiapas Mexico in the south. Females, which were only very rarely found north of Point Conception in the early 1980s, are now routinely found in northern California, where former breeding sites have been reoccupied.