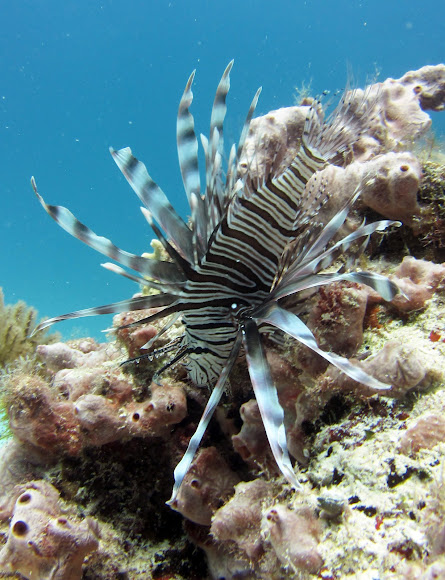 Photo take at -40 ft near a coral reef at 12:45 pm. Beautiful but this is an Invasive species in the Caribbean Sea. Pterois is a genus of venomous marine fish found mostly in the Indo-Pacific, known collectively as the lionfish. Pterois is characterized by red, white and black stripes, showy pectoral fins and venomous spiky fin rays.