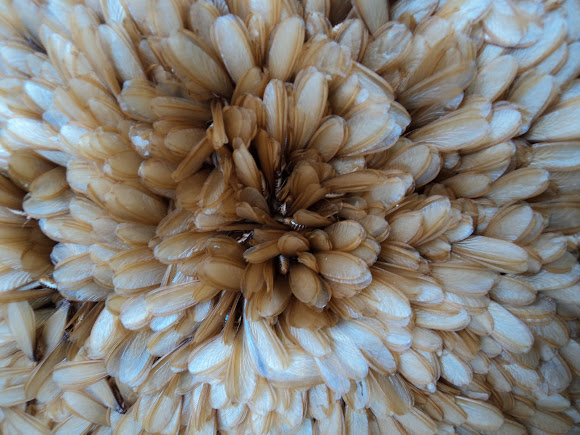 Social day of termites at our house. This are winged (or "alate") caste, also referred to as the reproductive caste, are generally the only termites with well-developed eyes, although workers of some harvesting species do have well-developed compound eyes, and, in other species, soldiers with eyes occasionally appear. Termites on the path to becoming alates going through incomplete metamorphosis form a subcaste in certain species of termites, functioning as workers "pseudergates" and also as potential supplementary reproductives. Supplementaries have the ability to replace a dead primary reproductive and, at least in some species, several are recruited once a primary queen is lost.

First of all, these flying termites are called alates in proper scientific terms. They are not aggressive at all and do not attack anyone or anything. The reason they swarm is because they are on a mating flight. Flying termites are eaten by a large variety of predators like lizards, birds, and ants, because they are loaded with fat stores designed to last them for months without having to eat. So this makes them a nutritious meal, even for humans, in some parts of the world like Africa. There, the termites are dried and roasted as a snack.

there are thousands of them that form a circular formation in our floor, the frogs are feasting with it.... this termites cause lower visibility in the streets.

They don't cause problems in eating structures? I like your information, but in Florida, Termites are bad news.

Amazing how many there are! This is similar to swarming winged ants I see each Fall.