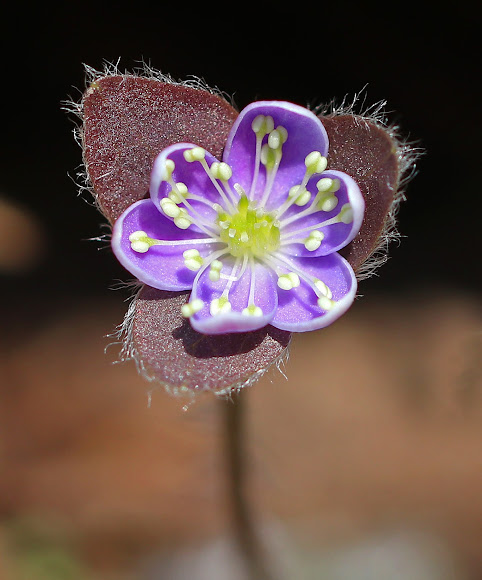 An early spring wildflower with purple flowers - I think it is Anemone hepatica, but it could also be A. acutiloba or A. americana. I don't have a definite shot of the leaves, unfortunately! I will be returning to this location to investigate further, but if anyone has any idea on what species this is, I'd appreciate it!

Growing in a mostly deciduous forest - along a nature trail.

The word "hepatica" is derived from the Latin word for "liver", which refers to the supposed resemblance of the leaves to the liver. This resemblance led early herbalists to assume that these plants would be effective in treating liver ailments.

That is so cool and beautiful

Thanks for the ID suggestion Jamie - I'm going to leave it at genus level for now until I can get back there and get a shot of the leaves.