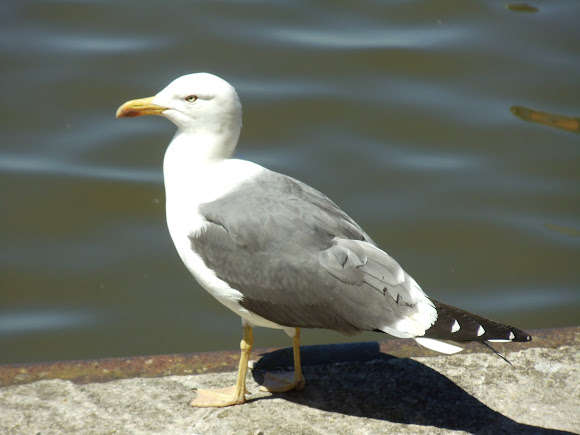 This gull has yellow legs and a red ring around is eyes and a spot on its heavy bill. They have clawed, webbed feet, a white underside and with grey wings generally darker than the herring gull but lighter than the lesser black-backed gull which it closely resembles.

Coastal towns and near reservoirs and large rivers

Only recently has this gull been separated as its own species due to its similar appearance to the herring gull and lesser black-backed gull.