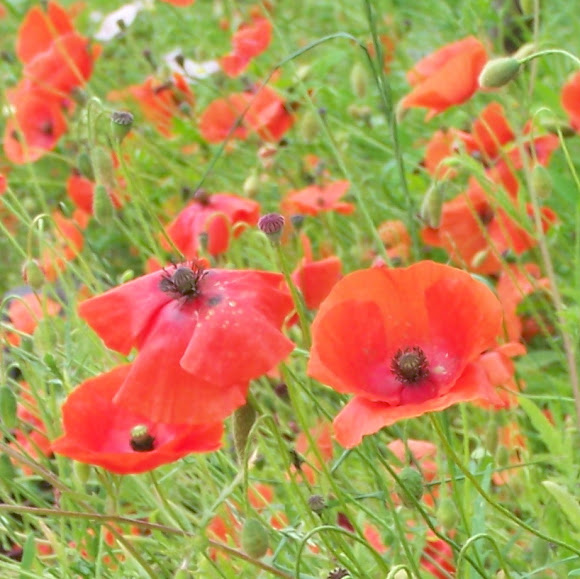 This common Poppy, who comes under many other common names including; corn poppy, corn rose, field poppy, Flanders poppy, red poppy, red weed, and coquelicot, is native to Europe (including the UK). A symbol of the fallen soldiers of World War 1.

This annual growing species is known for germinating in disturbed ground, which has sometimes been left fallow for many years (please see notes). Can grow in very poor soil in almost any but the wettest locations.

The photos are of the bed of poppies that suddenly appeared when I removed some turf from my lawn that had been there for over 100 years.