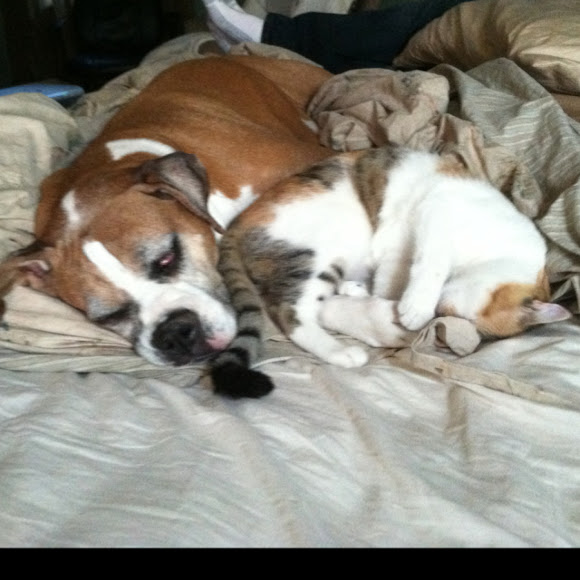 Best Friends!!! Who would have thought these two would become such great companions? We had our 9 yr old female boxer since she was a puppy. We never planned on getting a cat, until we found Annie, the female calico kitten who was abandoned and dumped in a wash to die. She was very dehydrated and barely alive. We took her to the vet and nursed her back to health. After posting "found cat" signs and no claims for months, Annie (named after orphan Annie) became a permanent family member. We never expected our senior boxer to fall so in love with a cat. Within months, the two became inseparable and are precious to watch.

Often found lounging in bed and on the couch.

Spotted by
Meagan In The Sonoran Desert