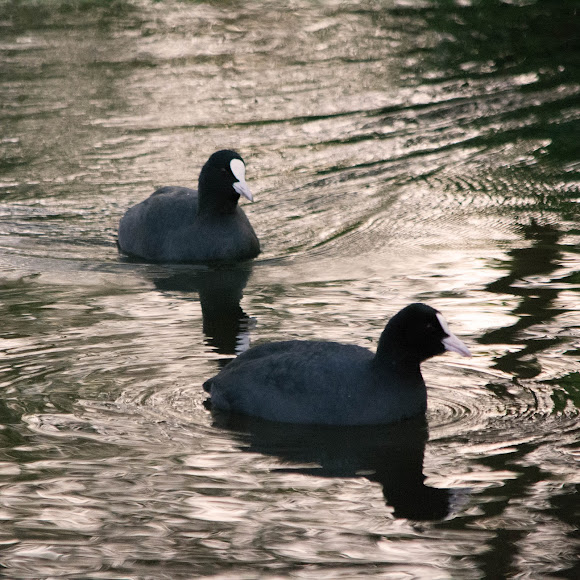 The Eurasian Coot is 32–42 cm (13–17 in) long and weighs 585–1,100 g (1.29–2.4 lb), and is largely black except for the white frontal shield (which gave rise to the phrase "as bald as a coot", which the Oxford English Dictionary cites in use as early as 1430). As a swimming species, the Coot has partial webbing on its long strong toes. The juvenile is paler than the adult, has a whitish breast, and lacks the facial shield; the adult black plumage develops when about 3–4 months old, but the white shield is only fully developed at about one year old. This is a noisy bird with a wide repertoire of crackling, explosive, or trumpeting calls, often given at night.

The Coot breeds across much of the Old World on freshwater lakes and ponds. It occurs and breeds in Europe, Asia, Australia, and Africa. The species has recently expanded its range into New Zealand. It is resident in the milder parts of its range, but migrates further south and west from much of Asia in winter as the waters freeze.