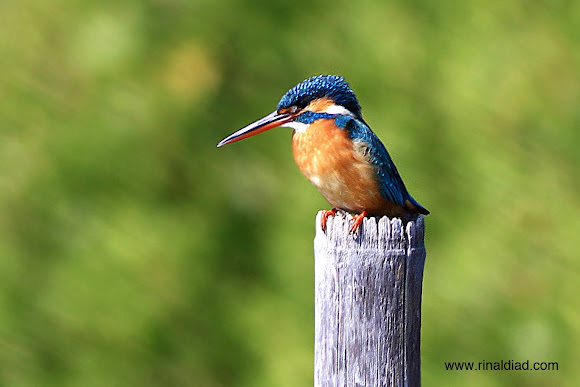 The Common Kingfisher (Alcedo atthis) also known as Eurasian Kingfisher, or River Kingfisher, is a small kingfisher with seven subspecies recognized within its wide distribution across Eurasia and North Africa. It is resident in much of its range, but migrates from areas where rivers freeze in winter.