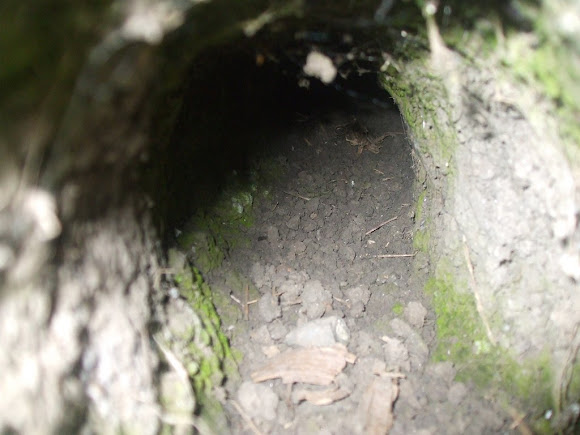 A stoat (mustela erminea) den, with what appears to be a chick's remains left near the tunnel entrance, in Kaikura scenic reserve, North Canterbury, NZ. Since the late 19th century, stoats have been introduced to New Zealand to control rabbits, but have had a devastating effect on native bird populations, and is now regarded as a serious pest, as does a large variety of animals, as cats, goats, hedgehogs, rabbits etc http://en.wikipedia.org/wiki/Stoats_in_N... http://en.wikipedia.org/wiki/Invasive_sp...