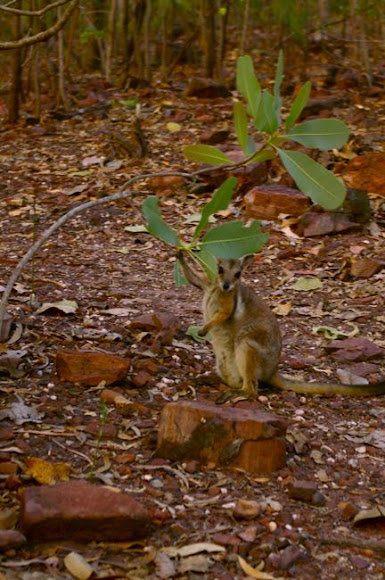 The short-eared rock-wallaby is a gregarious vegetarian. It is variable in its appearance but is generally grey-brown with white areas around its face and legs. It is not considered threatened.

Found in rocky hills and gorges.