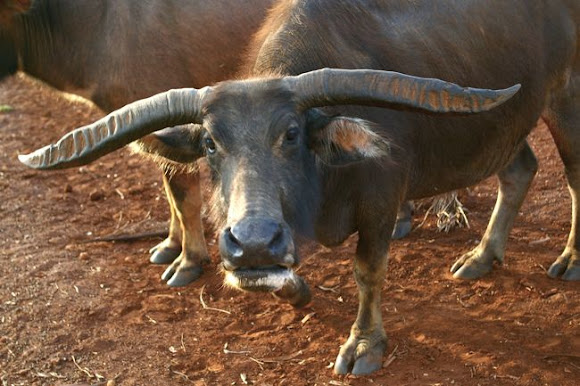 The buffalo have developed a different appearance from the Indonesian buffalo from which they descend.

Swamp buffalo were introduced into the Northern Territory from Timor early in the 19th century as a food source and a beast of burden. They escaped, thrived and became feral, causing significant environmental damage. Buffalo are also found in Arnhem Land and the Top End. They live mainly in freshwater marshes and billabongs, and their territory range can be quite expansive during the wet season.

Their only natural predators in Australia are large adult saltwater crocodiles, with whom they share the billabongs, and dingoes, which have been known to prey on buffalo calves and occasionally adult buffalos when the dingoes are in large packs.