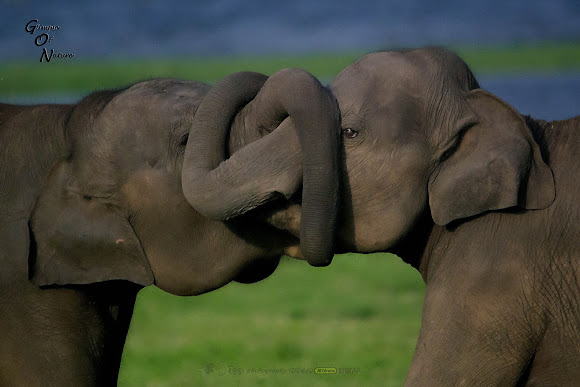 The Sri Lankan elephant is one of three recognized subspecies of the Asian elephant, and endemic to Sri Lanka. Since 1986, Elephas maximus has been listed as endangered by IUCN as the population has declined by at least 50% over the last three generations, estimated to be 60–75 years. The species is pre-eminently threatened by habitat loss, degradation and fragmentation.

Sri Lankan elephants are restricted mostly to the lowlands in the dry zone where they are still fairly widespread in north, south, east, north-western, north-central and south-eastern Sri Lanka. A small remnant population exists in the Peak Wilderness Sanctuary. They are absent from the wet zone of the country. Many areas are less than 50 km2 (19 sq mi), and hence not large enough to encompass the entire home ranges of elephants that use them. In the Mahaweli Development Area, protected areas such as Wasgomuwa National Park, Flood Plains National Park, Somawathiya National Park, and Trikonamadu Nature Reserve have been linked resulting in an overall area of 1,172 km2(453 sq mi) of contiguous habitat for elephants. Nevertheless, about 65% of the elephants range extends outside protected areas.

Today is World Elephant Day, and we've chosen these Sri Lankan Elephants as our Spotting of the Day! The inaugural World Elephant Day was launched on August 12, 2012, to bring attention to the urgent plight of Asian and African elephants. The Sri Lankan elephant is one of three recognized subspecies of the Asian elephant. Since 1986, it is listed as endangered by the IUCN. It is mostly threatened by habitat loss, degradation and fragmentation.
Find out more about World World Elephant Day: https://buff.ly/2vQgmmU