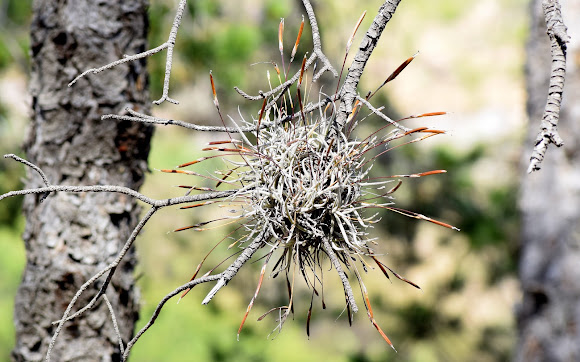 Tillandsia recurvata, commonly known as Ball Moss, is a flowering plant (not a true moss) that grows upon larger host plants. It grows well in areas with low light, little airflow, and high humidity, which is commonly provided by southern shade trees, in this case on dead branches of pine trees. It is not a parasite like mistletoe, but an epiphyte like its relative Spanish moss.