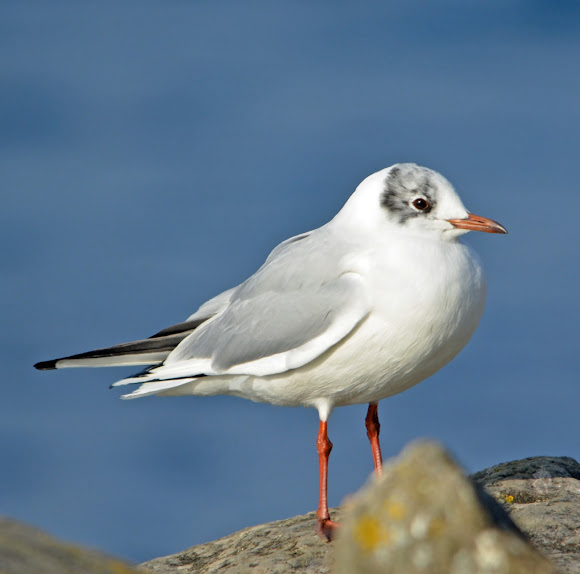 This Black-headed gull in transitioning from its its winter plumage, which leaves it with just two black spots on the head, to its blackish hood. The last shot shows the two white leading edges on the outer wings, a good field mark when the bird is in flight.

In winter Lake Geneva is home to up to 50'000 back headed gulls. In spring many return to Northern Germany, Poland, Russia and Scandinavia. Previously been placed in the genus Larus as many other gulls. Its scientific name means laughing gull, referring to its to its chuckling, laughing calls.

Great shots Daniele! It is always interesting seeing pics of birds in transition plumage because it really does make them look so different! Thank you for sharing :)