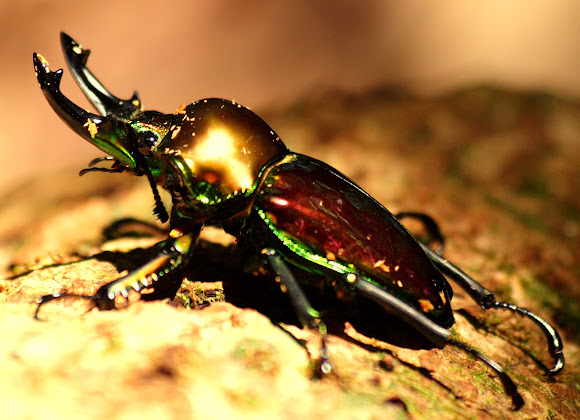 It is large sized with a metallic green and purple body sheen that makes it one of the most attractive beetle species in Australia. Named after the strong,antler-like, curved mandible jaws These are notably longer in the male than the female. Males can range from 3.5 to 6.0 centimeters on average, though specimens can be as large as 7 cm. Females are significantly smaller ranging from 2.5 to 4.0 cm.

It is restricted to wet areas in North Queensland rainforests, where it lives among rotting logs and tree stumps.

Thanks Bernadette, these pics dont do it justice, this beetle was amazing, unbeleivable colouring.