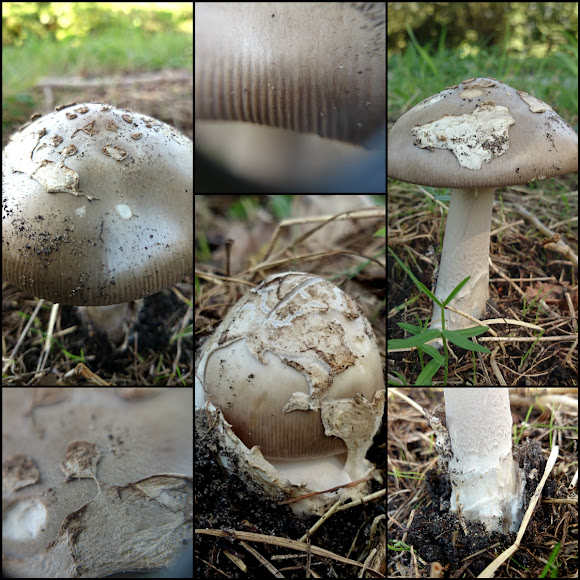 I call this mushroom Amanita vaginata, because my colleague Eef Arnolds (world reknown Dutch mycologist) is very sceptical on calling this Amanita simulans. I have seen a collection of the latter species posted by Geoffrey Kibby (great British mycologist) on the facebookpage of the British Mycological Society which looks extremely similar. Kibby: "...it differs [from A. vaginata] in the construction of the volva, predominantly composed of large sphaerocysts as opposed to A. vaginata where there is a much higher proportion of filamentous cells, hence the volva of simulans crumbles much easier. Contu places simulans in the section ceciliae because of the friable volva, whereas vaginata is in section vaginata . Also the stem of simulans tends to have a distinctly woolly greyish-white surface." Hopefully the mycelium remains at the same place and produces new specimens this year, so I can make a herbarium-collection to send to one of my fellow mycologists. They can do a molecular study on this collection! So for now it is: Amanita vaginata sensu Arnolds (A. simulans sensu Kibby).