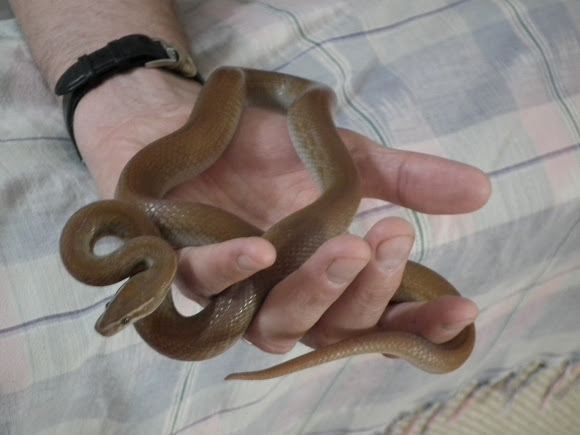 Looked to be about 60cm long, less red in the color than we typically see in our area, with the thin yellow stripes along its head, as usual.

Found on the lawn in the garden.

Was being harassed by the dogs we keep, but was being neither aggressive nor trying to flee, rather, it was shrinking back as far as possible into the corner. Is this behavior normal? I've never seen it before in the same species of snake that we have caught prior to this one, they usually try to get away.