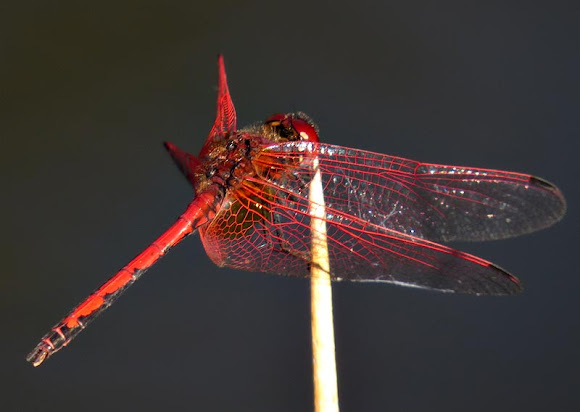 Dropwing dragonfly, with red veins in the wings, which are also orange tinged near the body. The abdomen is red with black markings. The females have orange, yellow and white markings instead of the red (http://www.projectnoah.org/spottings/145...).

Rivers, streams and pools in savanna/woodland

This is probably the most abundant dragonfly species in Mlawula Nature Reserve, very frequently observed.