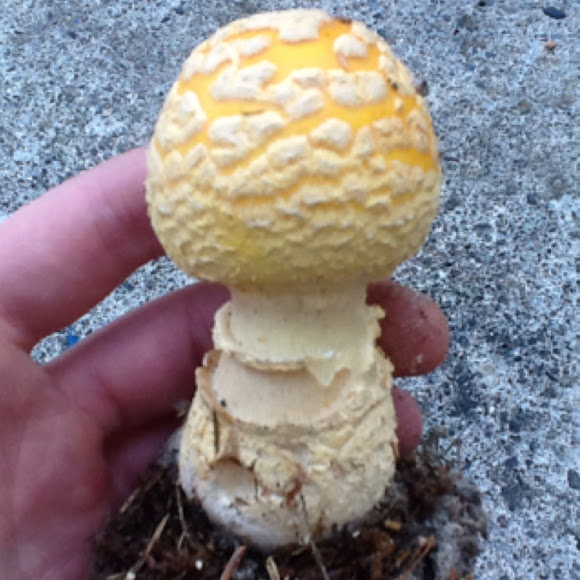 This semi- poisonous species of fungi prefers growth during dry summers where not much rain is present, amanita muscaria var. formose can be found most commonly around damp areas near sandy patches along river banks.