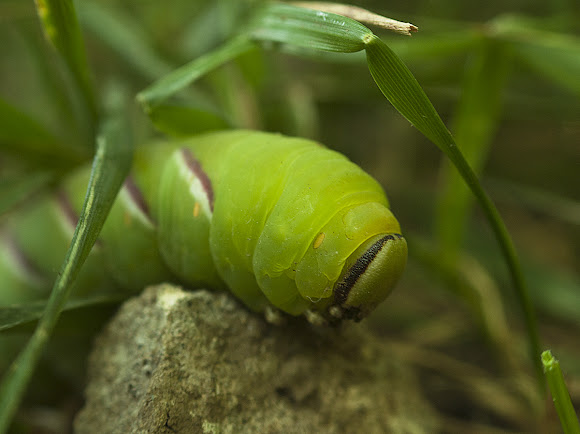 Large catterpillar (~8cm long), light green, with diagonal white and pink stripes along both sides of the body. Black and yellow spike on the back.

Feeds on privets, as well as ash trees, lilacs, jasmine, and a number of other plants. Found it in my garden.

Larvae are usually found between July and August and bury themselves in the earth when preparing to become a pupa. They then fly in the following June. This one was moving very fast before I touched it to get some photos. It plays dead for a while, then it tried to burrow very fast to escape the photo session :)