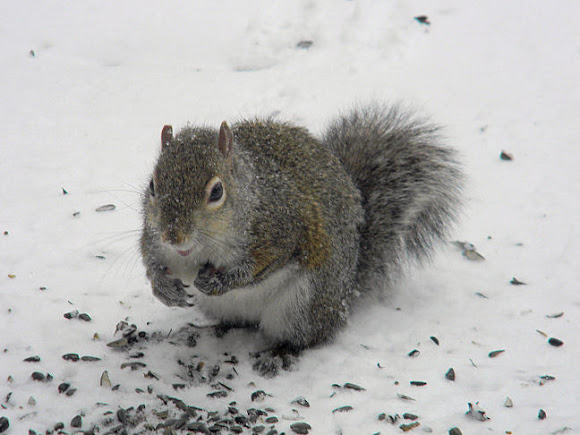 An arboreal squirrel native to the eastern and midwestern United States, and to the southerly portions of the eastern provinces of Canada. Sciurus carolinensis has been introduced to places in the western US as well as to locations in Ireland, Britain, Italy, South Africa and Australia. However the latter population died out in the latter 20th century (Seebeck 1984).

Thanks for the update, Mark.

Introduced to Australia !!!wtf? didn't know that! Some reading to do. I can't imagine them competing with the possums here.