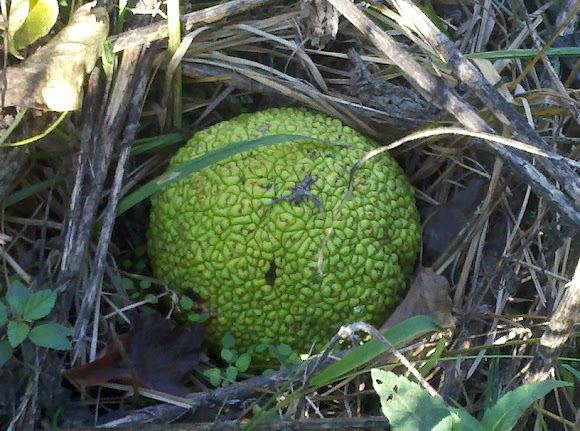 Fruit of the Osage Orange tree.