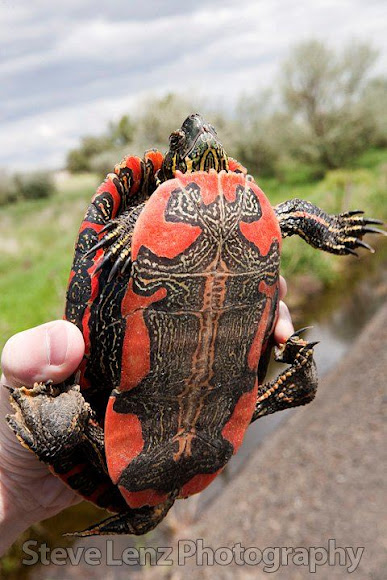 The largest subspecies is the western painted turtle (C. p. bellii), which grows up to 25 cm (10 in) long.[56] Its top shell has a mesh-like pattern of light lines,[18] and the top stripe present in other subspecies is missing or faint. Its bottom shell has a large colored splotch that spreads to the edges (further than the midland) and often has red hues.[18] (Wikipedia)

They are often found sunning themselves on the sides of roads near irrigation ditches here in SE Washington.

Amazing spotting. The colours and the ornamentation on its shell is spectacular.