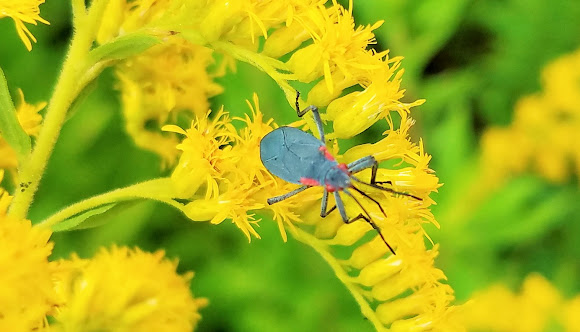 Spotted on Goldenrod in an overgrown meadow.

Hi Brian38, I am a biologist from Rice University. I would like your permission to use this image of jadera haematoloma on goldenrod for a figure in a manuscript that I am writing. If allowed, how would you like me to cite you in the figure caption? My email is msc10@rice.edu.
Thank you,
Mattheau Comerford