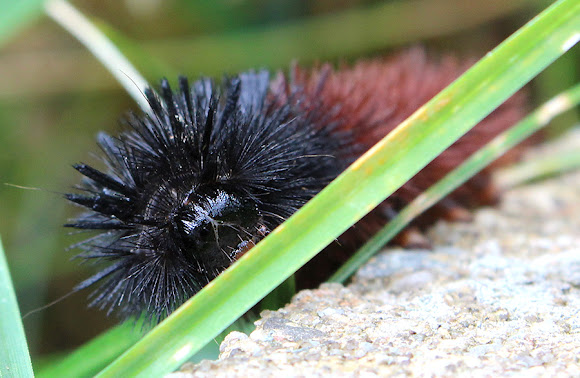 Local folklore of the American Northeast and the American South hold that "woolly bears" (or "wooly worms" in the South) have the ability to predict the weather, similar to that of the groundhog. The forthcoming severity of a winter may be indicated by the amount of black on the Isabella tiger moth's caterpillar, the most familiar woolly bear in North America; more brown than black is said to mean a mild winter, but more black than brown is supposed to mean a harsh winter.[10] However, the relative width of the black band varies among instars, not according to weather.[11] The mythical qualities attributed to woolly bears in the America have led to such things as the Woollybear Festival in Ohio, the Wooly Worm Festival in Beattyville, Kentucky and the Wooly Worm Festival in Banner Elk, North Carolina.