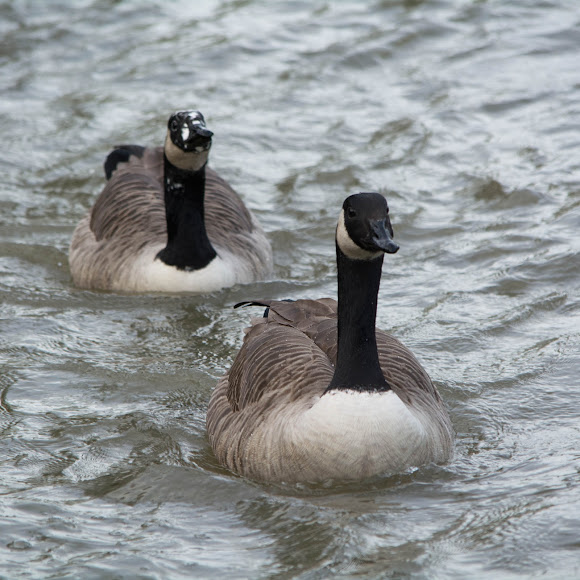 The black head and neck with a white "chinstrap" distinguish the Canada Goose from all other goose species, with the exception of the Barnacle Goose, but the latter has a black breast, and also grey, rather than brownish, body plumage. There are seven subspecies of this bird, of varying sizes and plumage details, but all are recognizable as Canada Geese. Some of the smaller races can be hard to distinguish from the Cackling Goose, which slightly overlap in mass. However, the Cackling Goose is usually considerably smaller, scarcely larger than a Mallard with a much shorter neck and smaller bill. This species ranges from 75 to 110 cm (30 to 43 in) in length and has a 127–185 cm (50–73 in) wingspan. The male usually weighs 3.2–6.5 kg, and can be very aggressive in defending territory. The female looks virtually identical but is slightly lighter at 2.5–5.5 kg.

Hi Daniele! I had never seen before these birds, they're free and swam in group in the river. Beautiful birds!

Hi valentinezza! In Europe these birds are introduced or feral.