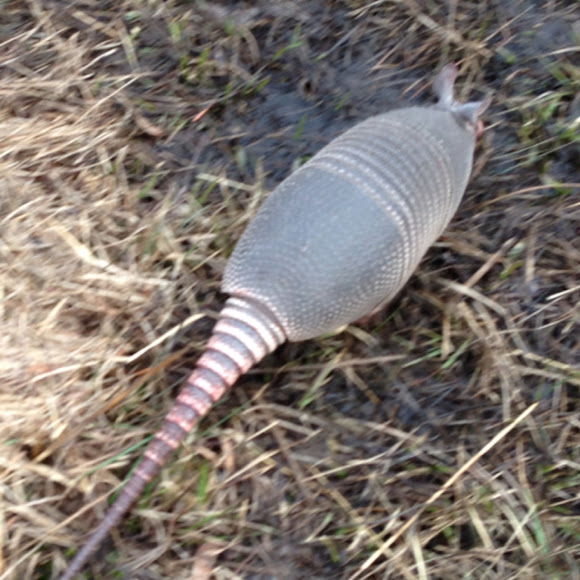 Nine-banded armadillos generally weigh from 2.5–6.5 kg (5.5–14.3 lb), though the largest specimens can scale up to 10 kg (22 lb). They are one of the largest species of armadillo. The outer shell is composed of ossified dermal scutes covered by nonoverlapping, keratinized epidermal scales, which are connected by flexible bands of skin. This armor covers the back, sides, head, tail, and outside surfaces of the legs. The underside of the body and the inner surfaces of the legs have no armored protection. Instead, they are covered by tough skin and a layer of coarse hair.

The nine-banded armadillo evolved in a warm, rainy environment, and is still most commonly found in regions resembling its ancestral home. As a very adaptable animal, though, it can also be found in scrublands, open prairies, and tropical rainforests. It cannot thrive in particularly cold or dry environments, as its large surface area, which is not well insulated by fat, makes it especially susceptible to heat and water loss.

Trapped and released this guy with a can of cat food. They normally eat insects and are nocturnal.