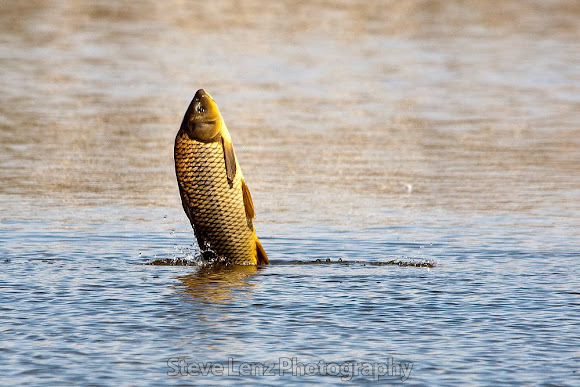 The common carp (Cyprinus carpio) is a widespread freshwater fish of eutrophic waters in lakes and large rivers in Europe and Asia.[2][3] The wild populations are considered vulnerable to extinction, but the species has also been domesticated and introduced into environments worldwide, and is often considered an invasive species.[2] It gives its name to the carp family: Cyprinidae. It is on the List of the world's 100 worst invasive species.

I love this series so much! What great timing!

And hopefully I'm gunna upgrade soon to an even better DSLR

Yeah exactly :) I have a nikon and in my opinion I think it does have a slight advantage because they are good with taking action shots like you mentioned but both canon and nikon are respectable brands so it depends on the person I guess. But most of my PN spotting are on a canon compact camera but now I realized how important PN actually is then I started taking it seriously and started using my nikon. And it's very good.:)

I know many people who prefer Nikon. It seems more suited for action photography and some say has sharper lenses. I am quite happy with Canon but am not partial to either, other than I happened to start out with Canon 20 some years ago and had too much invested to warrant a brand change. Maybe one day I'll try out a Nikon and see what I think.

Nice, although canon is very good. I think i prefer nikon just a little bit more but they are both probably the best brand of cameras out there. :)

Very good job man :) you have really good spottings. and by the way what type of camera do you use?

I don't know why they jump. It could be to knock parasites off.

Wiki answers has this:
http://wiki.answers.com/Q/Why_do_carp_ju...

Very neat. Do you know why they are jumping? I've wondered this about mullet in certain waters as well.