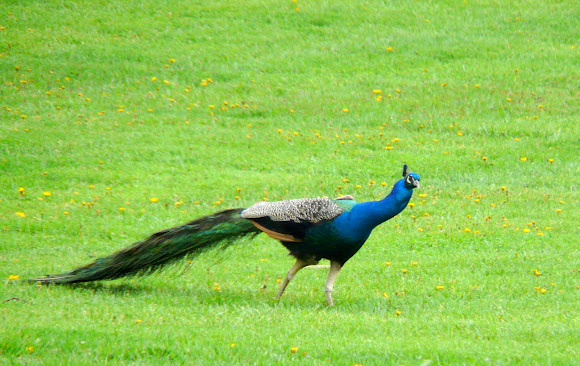 Peafowl are two Asiatic species of flying bird in the genus Pavo of the pheasant family, Phasianidae, best known for the male's extravagant eye-spotted tail, which it displays as part of courtship. The male is called a peacock, the female a peahen, and the offspring peachicks. The adult female peafowl is grey and/or brown. Peachicks can be between yellow and a tawny colour with darker brown patches. The term also embraces the Congo Peafowl, which is placed in a separate genus Afropavo.

Peafowl are forest birds that nest on the ground but roost in trees. They are terrestrial feeders. Both species of peafowl are believed to be polygamous. However, it has been suggested that peahens entering a green peacock's territory are really his own juvenile or sub-adult young and that green peafowl are really monogamous in the wild.