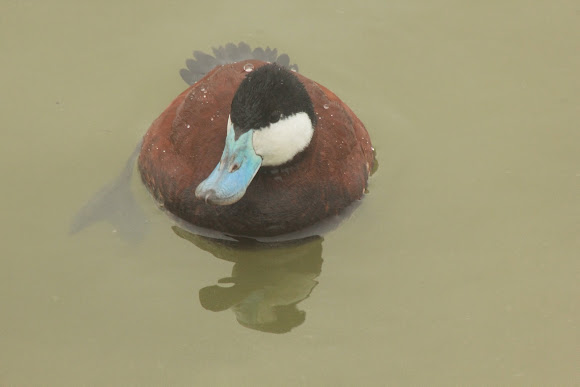 Ruddy Ducks are compact, thick-necked waterfowl with seemingly oversized tails that they habitually hold upright. Breeding males are almost cartoonishly bold, with a sky-blue bill, shining white cheek patch, and gleaming chestnut body. They court females by beating their bill against their neck hard enough to create a swirl of bubbles in the water. This widespread duck breeds mostly in the prairie pothole region of North America and winters in wetlands throughout the U.S. and Mexico.

They nest in marshes adjacent to lakes and ponds, primarily in the Prairie Potholes region. In migration, they flock to large rivers, ponds, and lakes, and also gather in coastal estuaries, frequently mixing with other diving ducks such as Bufflehead and goldeneyes.