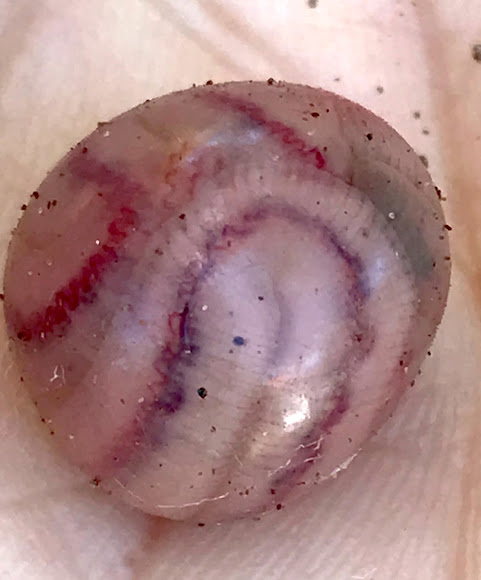 Earthworms produce cocoons in which their young ones or embryos develop. The body of earthworm is long and segmented. On the skin there are fine bristles or setae which provide grip. By stretching and contracting its body, the worm moves on the soil or in the underground tunnels. When the earthworm becomes sexually mature, a saddle shaped structure becomes conspicuous on its body. It is situated about 1/3 the distance away from head. It is called Clitellum. It contains glands which produce mucous, a slimy fluid. Earthworms are hermaphroditic. Each worm has both male and female sex organs. During mating two worms attach to each other, exchange sperm. And separate. The clitellum plays an important role in reproduction. Its glands produce mucous which becomes a sheath containing nutritive material. The sheath slides forwards, collecting eggs and sperm from the genital openings of the worm. The sheath finally slides off from the head of the worm. As it separates from the worm, its ends are sealed. It now becomes a cocoon. The worm deposits the cocoon in the soil. The cover of the cocoon soon becomes thick and protects the eggs and sperm. The eggs and sperm fuse, resulting in embryos. The embryos grow inside the cocoon, absorbing the stored nutritive material. Earthworms produce between 4 and 70 cocoons per year. Those worms which live deep in the soil produce less number of cocoons, while the worms living on the upper layers produce more. This is because; danger from drought and predators is more on the upper layers. Each cocoon may contain two to twenty embryos. Depending upon favorable conditions, young worms hatch from cocoons. They mature in ten to fifty weeks to produce cocoons over again.

Our garden, Windwardside. At the foot of the volcano Mount Scenery on Saba in the Caribbean Sea.

Found in our soil while digging a pond! First thought it was a marble. Then when I picked it up it was soft en wiggled!

Congratulations Muckpuk for the SOTW!

You are welcome Muckpuk, more to come on your way!

Thank you very much for your lovely words SukanyaDatta, Tukup, Joseph CHIEF REDEARTH, Leuba Ridgway and AntónioGinjaGinja.
And thank you Earthworm cocoon :-) All credit to you!

MuckPuk, congratulations! You deserve it.

Awesome spotting Muckpuk,in my begining in PN i began by "document" all the organisms of my backyard and i find that life is allover,in the most unexpected places,congrats on the well deserved SOTW and thanks for sharing

Your Earthworm cocoon spotting has been voted Spotting of the Week! The Rangers love how your spotting showcases a fresh perspective to such a common backyard organism.

You are rubbing it in but all is forgiven because you've given me hope, and I now know what they look like. There is a spot along the side of the house where live many fat worms under thick leaf litter....maybe I'll find some. Sincerely, I am very excited for you and so glad you thought to share it Muckpuk.

Hi Leuba Ridgway
Thank you and your welcome!
Not to rub it in but actually 4 of these were seen in our garden in different sizes!
I only saw two myself of which one actually popped when I gently picked it up and I quickly put it back in the soil. That one was a much smaller one then this one. I had never seen one before, so seeing 4 in our garden must mean that the conditions in our soil are ideal for them? Keep looking!
Hi Tukup thank you!

I have looked for these for most of my life but have never seen one. So thanks for sharing your photos and experience Muckpuk.

Great spotting Muckpuk of a little known organism. Thanks for sharing and congratulations on the nomination for SOTW.

YAY. Thank you Mark for the nomination. I am very honored!

Thank you Neil Ross and Mark Ridgeway.
The world is an amazing place!