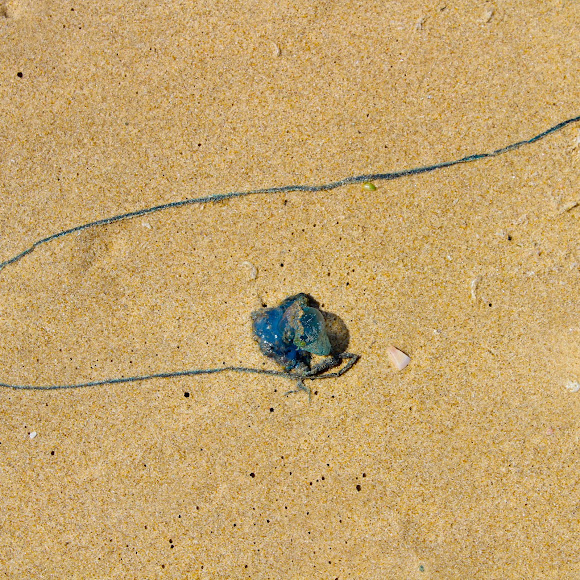 The Bluebottle is the Australian name given to the Portuguese man o' war . It is not a jellyfish but a cnidarian which is made up of small animals called zooids. Each of these zooids plays a different role and without them altogether, the bluebottle would not be able to exist.

The bluebottle is blown around by its 'sail' and relies on the winds, currents and tides of the ocean. The stinging, venom-filled nematocysts in the tentacles of the bluebottle can paralyze small fish and other prey. Detached tentacles and dead specimens (including those that wash up on shore like the one in the photo) can sting just as painfully as the live creature in the water and may remain potent for hours or even days after the death of the creature or the detachment of the tentacle.

Connor and I had gone to the beach for a swim and saw quite a few bluebottles. There were some without the stinger but just as many with. We managed to have a swim without being stung, which can be really painful.