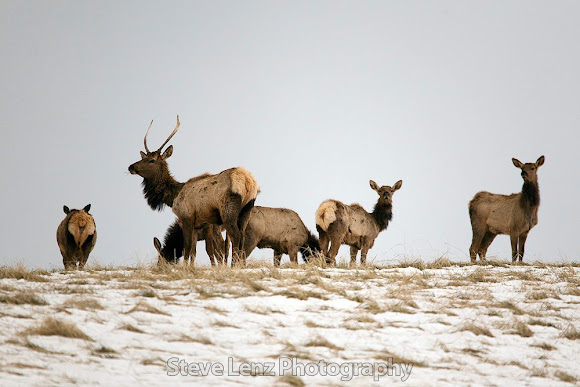 The elk or wapiti (Cervus canadensis) is one of the largest species of deer in the world, and one of the largest land mammals in North America and eastern Asia. It was long believed to be a subspecies of the European red deer (Cervus elaphus), but evidence from a 2004 study of the mitochondrial DNA indicates that the two are distinct species. (Wikipedia)