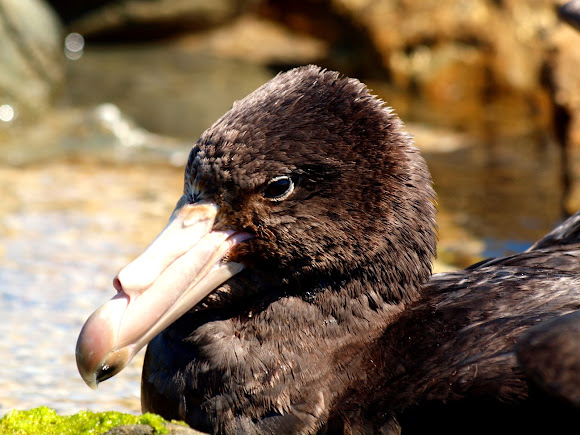 The Northern Giant-petrel is a large seabird of length 80-95cm and wingspan 150-210cm. Northern giant petrels are dark grey, whitish on the face and chin, and mottled white on the head, neck and breast. Their plumage becomes paler and more mottled as they age. Adults have a conspicuous pale grey iris, whereas juveniles have dark ones.

Thanks for joining my mission Mark. Going to try and make it a pretty comprehensive resource for this genre.

Thanks Bob, added to mission.

Great image Mark. Would you care to join my new mission for tube nosed seabirds and include this guy? You would be most welcome.
Bob

Sure looks like a Giant Petrel but I wouldn't know if it is a Northern or Southern.

do you have more of this bird?